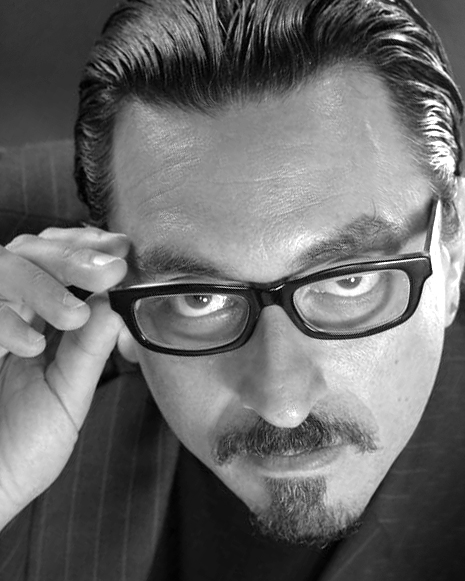 Eric Kupper got his start over two decades ago working as a keyboardist, guitarist, and songwriter for such producer and remixers as David Morales, Frankie Knuckles, Arthur Baker, Mark Kamins, Justin Strauss, Peter Rauhofer, and Richie Jones to name a few.

Since 1986 he has played on, remixed, and/or produced over 1700 records for artists spanning all contemporary musical genres. He is one of the few artists in dance music today that is a master multi-instrumentalist. A true musician. Over the years, thousands and thousands of hours in the studio has polished Eric Kupper into one of the most sought after producers/remixer/musicians in the world.

Much of Kupper’s massive discography is derived from his work as a studio musician and a
remixer. His work as a multi-instrumentalist and arranger has helped sell over 50 million records
for artists such as Anastacia, Marc Anthony, Celine Dion, Jessica Simpson, and Jennifer Lopez. In the role of “additional production and keyboards” Eric has worked with Madonna, Celine
Dion, Destiny’s Child, Britney Spears, LCD Soundsystem, Coldplay, Michael Jackson, Jennifer Lopez, Mariah Carey, Anastacia, Seal, Janet Jackson, Kelis, Jamiroquai, Eric Clapton, Everything But The Girl, Björk, and David Bowie…

Eric was one of the original 5 Hed Kandi DJ’s, where he enjoyed a residency at London’s Pacha for four years, as well as DJing all over the globe as an independent DJ or as a Hed Kandi resident. Eric is also a resident DJ with Fierce Angels, the recent venture created by Mark Doyle, the former creator of Hed Kandi. These days you can find Eric performing worldwide, sometimes with keyboards in the DJ booth for added flavor. As a DJ Eric is known for his keen ability to read an audience. Whether serving up the deepest soulful grooves or big room anthems, his sets always rock the crowd.

Cementing his underground house roots, Eric released an album in 2009 under his critically acclaimed “K-Scope” moniker. Entitled “Electrikiss,” it was released by Nitegrooves/King Street in the USA and Grand Gallery in Japan. A sexy mixture of cutting edge electronics infused with undeniable soul, it was championed by DJ’s all over the world including Louie Vega, Andy Caldwell, Frankie Knuckles… Be on the lookout for lots of new releases in 2011, including his partnership with long term collaborator Frankie Knuckles under the name “Director’s Cut”. The first single features Jaime Principle on vocals and will be released on Nocturnal Groove.