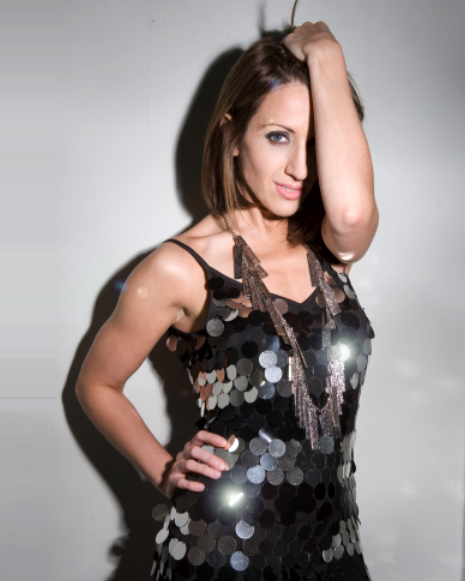 Talented, versatile and angelic: Cozi Costi is the proven songwriter and vocalist behind a string of pop and dance crossover tracks. Taking wide ranging influence from the likes of Stevie Wonder, Ella Fitzgerald and Curtis Mayfield through to Massive Attack, Prince, Sade and Annie Lennox. Cozi is widely recognized for her sensitive but strong pop writing and beautiful delivery.

After being discovered and initially managed by Jamiroquai, Cozi has co-written with a host of the industry’s most proven artists, as well as a number of underground acts, on both independent and major labels. She co-wrote ‘Naughty Girl’ which was a chart hit for Holly Valance. ‘Naughty Girl’ peaked at 3 on the Australian ARIA chart and 16 on the UK singles chart as well as her album went into top 10. Other artists she has written alongside include; NABIHA, Wideboyz, SPIT, MOAM, Franchesha Diaz, Carl Ryden, Booty Luv, Melanie Blatt, Phonejaxx, Random Music, Deborah Ffrench, Junior Caldera, Nina Woodford, Lucas ‘with the lid off’ Secon, Paul Harris, ATFC, Mike Polo, Tiger Lily, Alex Gaudino, Sucker DJs, Eddie Thoneick, Jerry Ropero, Random, Sunfreakz, Beatchuggers, Max Reich (Glider/Shapeshifters), Andrea Britton and of course several new artists signed to majors due for release 2010/2011.

In 2007, Cozi’s profile went to new hights with collaborations with names such as; Sucker DJs, Sunfreaks and David Guetta. All were released to widespread success. ‘Fireworks’ (Sucker DJs) was released on Toolroom Records in early 2007 and was a Buzz Chart 1 track. Featuring a topline co-written by Cozi and performed by Tiger Lily, ‘Fireworks’ gained heavy support from the likes of Pete Tong, Steve Angello, Sebastian Ingrosso, Axwell and Funkagenga.

Cozi also co-wrote the melody/lyrics for ‘Counting Down The Days’ by the Sunfreakz. Originally released on OXYD in 2006, ‘Counting Down The Days’ received the full remix treatment from Axwell, Funkagenda and Fonzerelli and was released in July on Positiva: it subsequently peaked 37 in the UK sales charts.  Cozi’s collaboration with David Guetta. Performing ‘Baby When The Light’ on his ‘Poplife’ LP,  definitely took Cozi to the next level; Written by Cathy Dennis and performed by Cozi, ‘Baby  When The Light’ was the opening track on ‘Poplife’ as well as second single, which was seen  taking over the charts worldwide,
with a superb sublimely emotional and fragile vocal  performance!!!

Currently Cozi is in the studio writing for other artist’s as well as finishing up new material  with her beautiful voice.  We can all look forward to hear material done with names such as; SPIT, Yves La Rock, AN21  & Crusaderz, MOAM and Wideboyz.